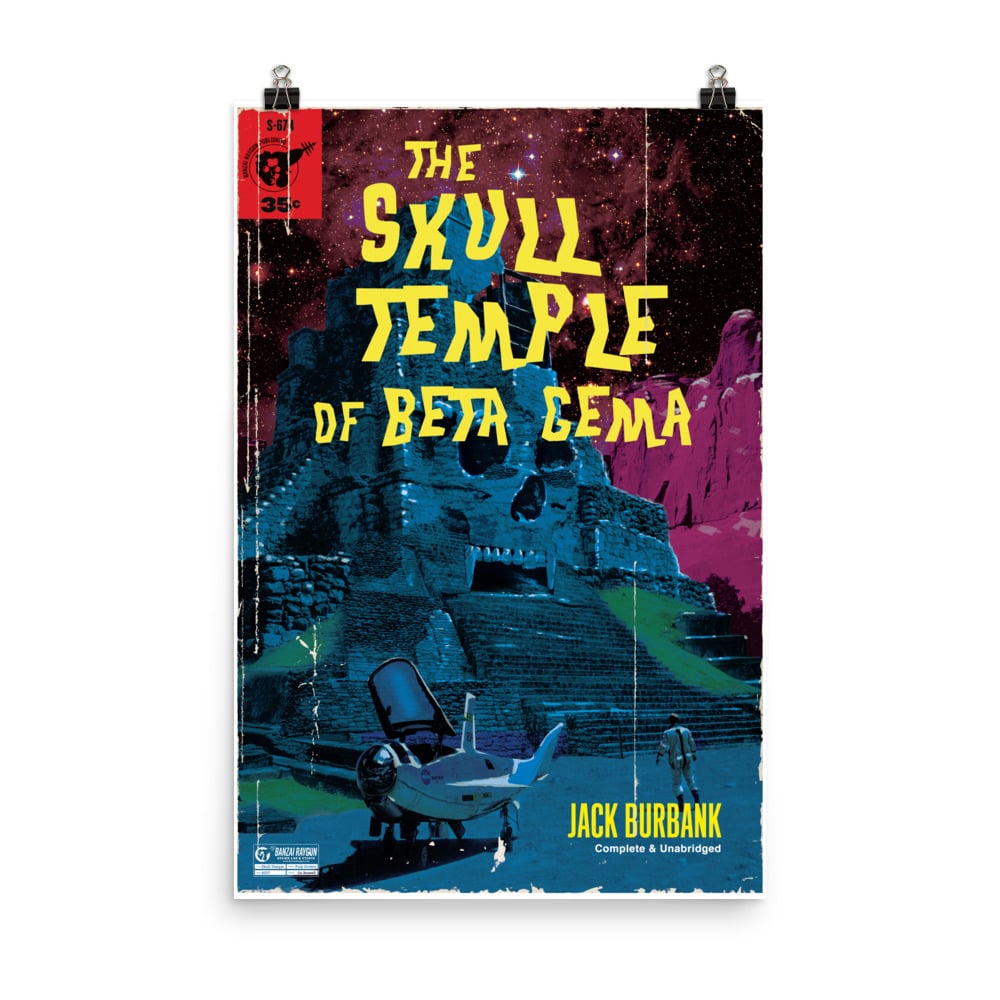 "The lone astronaut approaches the Skull Temple, the only known structure on the entire planet is the infamous “Skull Temple” also known as The Archives of Nebukari.

This rogue planet has wandered the cosmos luring in unsuspecting astronauts and adventurers with false maydays or promises of wonders and knowledge, like Sirens of old. The only known structure on the entire planet is the infamous “Skull Temple” also known as The Archives of Nebukari, and home to the entity called Ka. As the hapless explorer beholds the wonders of the temple complex and chases ghosts; Ka establishes a neural link to the astronaut’s homeworld. Once linked, the population is devoured and converted to more digital records and Beta Gema moves on to the next world to devour.

Promises of wonders and knowledge lure in unsuspecting astronauts and explorers for millennia. Though the entity Ka claims the archives are records of his visits to many worlds, they are in fact the digital remnants of those worlds - ghosts locked in the memory matrix.

All that remains after Ka feasts on a world."

Unlike comics and graphic novels which had page after page of illustrations, pulp novels had only the cover artwork to entice you to read it. Inside were 100’s of pages of text and little to no graphics. These covers showed fantastical planets or monsters or spaceships that inspired my imagination and also lead my reading so many sci-fi novels. I’ve designed a few of my own pulp covers, as an homage to those covers that inspired me.